Switching 4000 Endpoints to NinjaOne in Under Two Weeks. 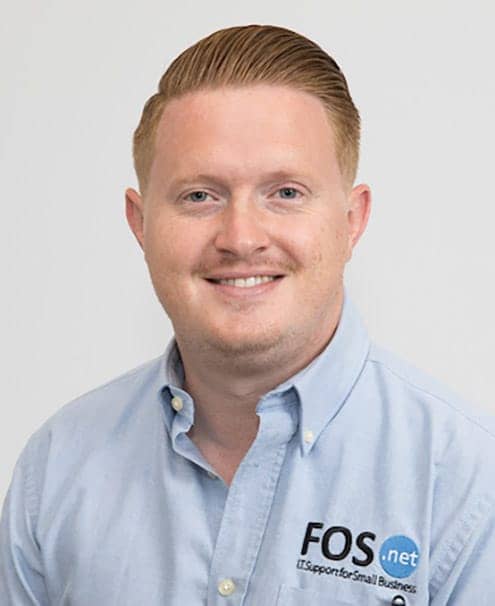 Company
Fos.net is an MSP based close by London, The United Kingdom. The team at FOS.net consists of 19 people in total. Of these, 16 are technicians and the rest is made up of account managers and the admin teams. Established in 1995, FOS.net has earned its stripes with 26 years of working experience in providing services for the UK SMB market.

Nick Archer, Technical Manager at FOS.net, is responsible for the customer facing services, oversees a team of engineers and is involved in the portfolio of managed services. Nick explains: “I keep a constant eye on the tools that we're currently using and if there are better options on the market to see if we can improve what we're currently offering.”

FOS.net had been partnering since 2011 with their previous RMM. “What became apparent over the course of time is that every time their supplier went through another acquisition, another buyout and all these various different elements of growth that they encountered, we got a bit further away from kind of the people that were at the heart of the company.” FOS.net is a UK Based MSP and Nick explains the relationship with the previous supplier was much better a long time ago. They had a great relationship with their account manager from the British run part of the business. “He left, we got one account manager that was probably more your average sales guy than an account manager. We had some difficulties there, so we got another one. And then another…” The feeling at FOS.net was that they were not a priority anymore. This also applied to the technical side of the product. Nick continues “…they seemed to be keener on rolling out features that just didn’t apply to us.”

The team at FOS.net consists of 19 people in total. Of these, 16 are technicians and the rest is made up of account managers and the admin teams. Nick explains “We are very heavily weighted on the technical side. We are supporting about 170 active contracted clients and that accounts for about 4000 devices in our dashboard. That is why we try to be as nimble and as efficient as possible.”

Lack of confidence in the old supplier

To the question why they were looking for another solution, Nick says, “We get that we are quite a small company in a big pond, but the product was built for people like us, and it seemed that every time a new feature was rolled out, it broke something that was working before.” One example Nick gives of the technical features he was missing was a lack of customization. “Their product didn’t have the ability what kind of alerts and notifications you get out of the system. It was kind of you get red alerts for anything that is going wrong. So, our dashboard was always lit up like a Christmas tree. Especially the morning after an update had been rolled out.” It created a lack of confidence in the product. “The business relationship hit a real low when the supplier came up with a minimum spend clause in their contract. Which was kind of the final nail in the coffin. At this point we started looking for what else was on the market.”

Nick himself was the person to first get in touch with NinjaOne in 2017 and he was largely responsible for the decision to choose the right tool for FOS.net. Nick says about his first impression, “It was not pushy sales tactics like what we were used to with our previous supplier. NinjaOne took the time to understand what our objectives were and understanding why we were leaving another company.” Nick shares he was especially focused on making sure FOS.net would not end up in the same position they were in before, but this time with a new supplier. Nick adds: “NinjaOne was keen to show and demonstrate that NinjaOne operated different than what we had become accustomed to.”

About comparing a current RMM with another RMM, Nick shares “What you have to do is, you have to detach yourself from, ‘You got a solution that works like this and trying to recreate that.’ Because, the answer is, you have got that solution.” Nick concludes: “You need to approach this as a completely brand-new project.”  Nick spends some time to build up the template policies for monitoring and tested whether they worked well for FOS.net. With the scripts in NinjaOne he could set up a change in one place and it would affect all customers he wanted within a few seconds. This is something that Nick describes he never had before in the old product.

To prepare the staff at FOS.net Nick says, “I made a little quick training guide on how to navigate your way around NinjaOne and it just made things a breeze.” He noticed some differences between his new system and the old one. Nick points out that not only technical features are important for a good product. “The dashboard is quicker, more responsive than our old one and it looks nicer, esthetically speaking,” Nick continues “Sure Ninja does a lot of fancy stuff, but NinjaOne is also very easy on the eyes. And I am a huge advocate of, ‘if you have got something that looks nice and doesn't look like it's impending doom’, that your engineers are going to be happier.”

The impact on the business

Nick remembers “We got to the point with the other one where we could not deal with the substantial amount of work it was throwing at us.” An example that Nick points to is the amount of emails and the flexibility in the setup of monitoring. “We would get 100s of emails overnight out of the old system, and in Ninja, to barely in double digits.” What Nick found helpful was to customize the dashboard and monitoring and to have it look and do exactly what FOS.net wanted using automation. With NinjaOne, technicians at Fos.net can support over 250 endpoints each. About the impact this has on the business Nick adds, “We are a far more efficient team because of it. And usually when Ninja release something, it doesn’t break what was working yesterday.”

The impact for customers

A switch in RMM software not only affects the business internally. Customers also are affected. Nick says about this: “Our customers are better off for using it, because we got the ability deliver a better service to them. It is as simple as that. It is quicker, its more efficient, it creates us less work. We're now a slicker nimbler organization.” Nick continues that beyond the direct impact of the tool, Ninja also helped changes in other areas of the business. “Having NinjaOne allowed us to think about doing things differently and implement that. This way it has affected areas we could not have thought about before had we not gone through the migration to NinjaOne.”

Successfully switching 4000 endpoints to NinjaOne in under two weeks
When asked how FOS.net approached the switch of the systems, Nick explains, “I put under a month work of time in the total transition and did this together with one other colleague to create monitoring scripts. At the point where we had to deploy ninja, we moved all our devices in just under two weeks. So, it’s about 4000 devices in under two weeks, and that was one man doing that job.” Nick continues that during the implementation they were able to work very efficiently and therefor very quickly able to transition. Nick concludes “We used the old system to deploy the Ninja agent, used a clever script to setup customers the right way and then we used ninja to remove the old agents.” Nick concludes “I think most people would be impressed how quickly we pulled it off. Given the size of the undertaking.”

At the customer facing side of it, Nick shares, “We would call them on the day, let them know, the icon for antivirus looks like this currently and it’s going to look like this afterwards. A few server reboots, a few pc reboots and that was it. There was very little sort of disruption for our customers.”

Nick starts to share that another favorite thing he likes about NinjaOne is the technical support they receive at Fos.net. He explains “When I speak to someone at Ninja we get through to extremely knowledgeable, friendly people straight away. And if the person does not have the answer, because of the way that ninja as an organisation is structured, it is very easy for that engineer to access the right person and right resource and get the answers that are required. So, we never had issues that we were waiting weeks for something to come back to us. Most things are wrapped up the same day we open a ticket of within a couple of days after.  It means we can expedite and speed up those repairs with customers.”

The future with NinjaOne

Nick concludes “Every time we speak and deal with ninja we're left feeling like you really want to do business with us. It leaves us feeling quite intentionally, I am sure, like we do not want do business with anyone else. So, it's a great place to be.”