From Ninja to Syncro and Back: Why Blue Collar Computing Chose NinjaOne

With Arthur Dodd, Founder and CTO 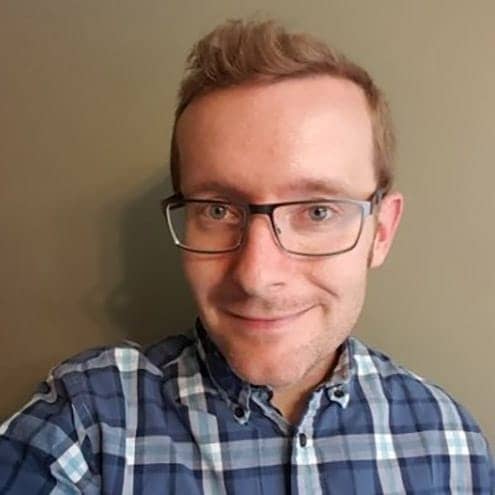 Company
Blue Collar Computing (BCC) is an MSP founded with the goal of providing enterprise IT support to small and medium-sized business across the Chicagoland area. Since 2004 BCC has focused on providing small businesses with the tools they to compete, relieving SMBs’ technology worries so that they can concentrate on growing their businesses and realizing their goals.

Blue Collar Computing became a Ninja partner in 2017. In 2019 they decided to move their operations to Syncro. “There were a few features Ninja was missing, but overall we liked the product. Our major pain point was our PSA. Syncro offered a combined RMM and PSA in a slick looking interface. Between the single-vendor approach and the possibility to save some money, we thought we’d give Syncro a try,” says Arthur Dodd, Owner and CTO of BCC.

Talking about the move to Syncro, Arthur says, “The BCC team was excited to move over. We loved having our PSA and RMM in a single screen and we thought the interface looked really great.” It wasn’t until Blue Collar Computing was fully onboarded with Syncro that the cracks started to show. “At a glance the interface looks great, but the layout and workflows just don’t make any sense. It’s not the kind of thing you realize until you’re really in the tool trying to get work done,” explains Arthur. “Having your PSA and RMM in a single pane is only valuable if the navigation and workflows between tools enhance the value of both.” Layout, workflow, and navigation within both the RMM and PSA were not designed with MSP workflows in mind.

“Off the top of my head,” says Arthur, “Three glaring examples of design choices that don’t align with MSP needs are the general lack of actionability and valuable KPIs on data in reports and dashboards, conditions and alert design, and Syncro’s patching workflows.” For BCC, reporting is only important if it highlights their value to clients or is directly actionable. According to Arthur, the built-in reports and dashboards offered by Syncro don’t provide actionable KPIs they can bring to customers. To get valuable data, they need to export and manipulate the data, which defeats the purpose of built in reporting. In addition, dashboards don’t actually align with MSP workflows or help make his team more efficient. “Patching posed a challenge as well. There is no way to block patches from installing. When I reached out to Syncro support, their suggestion was to just turn off patching to avoid a bad patch. That is obviously not a tenable solution and shows how little Syncro understands MSPs. Another workflow issue is that you cannot easily see which devices are missing patches and click through to remediate. I can get a report, but it’s not actionable,” explains Arthur.

Product design issues lead into a greater misalignment between Syncro and MSPs, explains Arthur, “Syncro is a company that just does not understand MSPs – particularly growing MSPs. Syncro is built for 1-2 person break-fix shops who have not reached a significant level of growth or maturity. Once you move beyond two technicians or a few hundred devices, the Syncro environment becomes more of a hinderance than a help.”

“We ultimately had to leave Syncro due to their unwillingness to listen to feedback from their MSP partners,” says Arthur. Within the first month of joining Syncro, Arthur personally submitted feedback about broken or missing features. After an initial discussion, none of BCC’s pain points were ever addressed. “They wouldn’t provide any type of customer-facing roadmap and would never share which features they were working on with us. There was zero transparency into which features were being developed and why they were being developed. I only know that they were not being developed based on MSP feedback.”

Before coming back to Ninja, though, BCC had to find a PSA that fit their needs. “We decided to work with Halo. They have built a great integration with NinjaOne that gives us all the data we need and fantastic bi-directional data syncing,” says Arthur. Once that was solved, they could fully off-board from Syncro.

“Our move to Syncro is a case of ‘it’s always greener on the other side,’” says Arthur. During the year BCC was with Syncro, they maintained a small number of endpoints with Ninja. “We knew Ninja was stable, reliable, and feature rich. We had already done our homework and knew Ninja was really the only other option. Every other RMM was already disqualified either because of missing features, a lack of stability and reliability, or because it was owned by a massive private equity firm that doesn’t care about their customers.” Arthur called up his account manager at Ninja and let him know they were coming back.

“For us Ninja was a known stable solution that can properly do what it says it does with a thoughtful approach to managing devices,” explains Arthur. “My technicians are happy now. They really enjoy using Ninja. It’s obvious that the product was designed with how MSPs work in mind and that Ninja takes feedback from their partners to make the user experience intuitive and efficient. One great example of this is the Ninja mobile app – it’s such a great addition to the Ninja platform and really lets my team perform support from anywhere.” says Arthur. “If you’re planning to grow, you need something that can scale with you. Ninja can do that Syncro can’t.”