With Steven Park, IT Manager 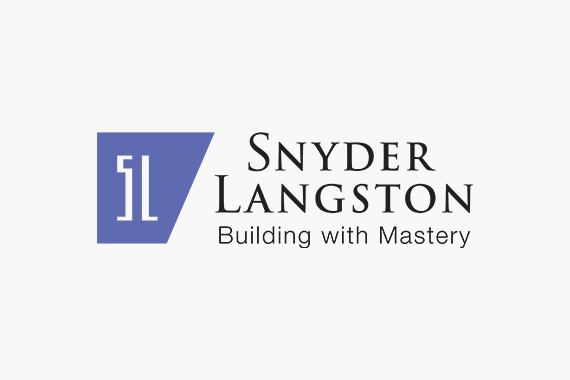 Company
Snyder Langston is a General Contractor operating out of southern California helping to bring their clients’ visions to life by being Trusted Advisors and Master Builders. Since 1959, Snyder Langston has partnered with top architects, developers, investors, and corporations to build a diverse selection of projects and product types across Los Angeles and Orange County California.

Snyder Langston is a General Contractor operating out of southern California helping to bring their clients’ visions to life by being Trusted Advisors and Master Builders. Since 1959, Snyder Langston has partnered with top architects, developers, investors, and corporations to build a diverse selection of projects and product types across Los Angeles and Orange County California. Steven Park, the IT Manager at Snyder Langston, manages close to 200 endpoints with about 30% in office and the remaining spread out remotely.

Snyder Langston has been a Ninja partner since early 2022, using Ninja Data Protection as their cloud backup solution to protect their business-critical data.

“Having used it, it was very straight forward. It was a set it and forget it policy. There was very little babysitting needed, allowing me to focus my time and efforts on bigger projects or problems that arise. Additionally, the options for image level and file level backup made it a very appealing solution.”

Remote Workforce in Need of a Remote Solution

With two offices only encompassing about 30% of their total workforce, Snyder Langston was in the market for an additional tool to back up data for their remote workers that are either at home or at any of their 15 or so active construction sites. Steven Park, IT Manager at Snyder Langston, was looking for redundancies to their current backup products in order to create additional fail safes for their business data. While Veeam is being used primarily for on-prem and local backups, there was one more solution needed to ensure their remote workforce was able to back up their data with the same consistency as their in-office workers. “Veeam is great, but we also needed something cloud-based that could account for the other 70% of our workforce, assuring that their data would be just as safe and easily backed up when outside the office,” mentioned Steven.

Considering Steven is managing the IT department mostly by himself, when asked about what factors are most important when considering additional solutions, he mentioned the number one thing is ease of setup. “For me I don’t have the time nor the patience to learn these things,” mentioned Steven. On top of that, other factors included a simple and ‘clean’ interface, reliability, speed, and performance of the backups, and finally cost relative to existing solutions. Overall, Steven spoke about how because it’s ‘set and forget’ and easy to use, this solution is key for lean IT departments to backup endpoints easily for remote workers and executives, and to ensure that he can be more efficient with his time.

Adding Ninja to Their Stack

As mentioned, Steven said that data protection redundancies were the focus of adding NinjaOne to their already existing backup stack. However, there were a few reasons why NinjaOne won out against other competitors. “We had the remote agent capabilities and having everything under one roof was very appealing,” Steven mentioned.

“I like to consolidate things vs. several different agents sitting in the background of a PC, so that was something I enjoyed about the solution. And the options for image and file level backup was something that piqued my interest.” In the end, Steven’s sentiment was that Ninja made his life and his job more productive by utilizing automation to take one more thing off his plate.

In addition to cloud-based backup services, Ninja also provides a valuable remote-control functionality. This allows him to remote control into any Windows or Mac endpoints from a single pane of glass with one-click access. There’s no need to learn any new systems or remember additional passwords, as both backup and remote access can be controlled directly from the NinjaOne agent.

Steven enjoys the ease of use, and several features of NinjaOne enough that he pitched NinjaOne to another company who has gone completely remote. While Snyder Langston uses NinjaOne to back up a number of workstations including executive level employees, Steven mentioned that as the year progresses, he is looking for some form of consolidation to establish around two very reliable systems that they can test regularly. He has set up a complex and redundant backup system at Snyder Langston due to the criticality of business data, one in which we play an important role alongside their on-prem solution.