[Case Study] Easy to do Business With, NinjaOne Wins Out Over Other RMMs For Business of North Carolina MSP Halcyon Support

Nicholas Walker, who runs an MSP in Charlotte, North Carolina called Halcyon Support, endured a lot from his RMM. There was subpar support, aggressive pricing, and unreliable alerting. But when the product caused him to lose a potential client, he got fed up.

The root of the fateful problem was the very large “agent” software that needs to be installed on client machines.

“The package they have you install on any machine is massive – it’s like 500 megabytes,” says Walker.

And so in trying to woo a potential customer away from another MSP, Walker had to install the agent, including support for virtual machines and high-end servers, even though they were not needed for the demo. And the cumbersome agent also dragged along in communicating back with Mr. Walker’s office. This was a turn-off for the client, who kept asking how long it would take Mr. Walker to create a proposal for the business, as the setup process stretched over several hours.

“It did not go well and I did not secure the client,” Mr. Walker recalls.

Assessing His Options, Finding the RMM With The Most MSP-Friendly Billing Practices 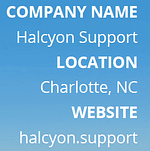 A veteran of the MSP industry who decided to branch out on his own and found his own company in 2017, Walker was not about to rush into a relationship with a new RMM. As an MSP that primarily serves medical, legal, and distribution firms, he needed top-notch security and HIPAA compliance in addition to agile RMM functionality. So he embarked on a time consuming and methodical evaluation process.

“I compared and contrasted all of the top 20 RMMs,” Mr. Walker says.

And what ultimately led him to pick NinjaOne was the flexibility of the month-to-month, no-contract billing. NinjaOne had the critical capabilities he was looking for, but it also had flexibility that he needed to help him take the plunge in launching a new venture.

“I have strong roots with several RMMs,” Mr. Walker recalls. “But starting a new IT business, I didn't want to get locked into a contract, not knowing what the future would hold."

Once he had switched over to NinjaOne, he gained a heightened appreciation of his previous RMM's flaws. 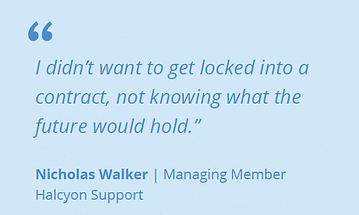 “They will try to screw you over in the default configuration that they give you – they’ll sign you up for the biggest package they got and they will not give you a lot of immediate help on toning it down.”

And as his unsuccessful demo experience showed, the RMM was bulky and sluggish. “It was like a disaster of a product – it seemed like it was a good place to be, like, a decade ago, and it should have gone in a different direction.”

And in spite of the call centers included with the contract, his RMM didn’t excel in responding to his queries.

“They had terrible support,” Walker says bluntly. “I don’t feel like they care about what clients say, and getting a big turnaround on bugs discovered, is like, non-existent.”

NinjaOne is Easy to Do Business With

In addition to the simple, no-hidden fees billing plans, NinjaOne offers several other features that particularly enticed Mr. Walker. He likes the seamless integrations with a variety of vendors, including tools for screen-sharing, antivirus, PSA, and storage, which lets him customize Ninja to best suit his needs. He also like that NinjaOne, which unlike many of its competitors, was originally designed for the cloud, runs on Amazon Web Services (AWS). Instead of having to pay for a dedicated server, he can rely on NinjaOne to scale up his RMM infrastructure as his business grows.

Ultimately, NinjaOne won his business as an RMM that is easy to use, made by a company that seeks to be “easy to do business with.” Instead of hidden fees, a stagnant tech stack, sluggish support, and long-term contracts, NinjaOne aims to be transparent, competent, and friendly.

Mr. Walker thinks others would benefit from adopting the platform as well, since the RMM is the tool MSP managers use all day, every day.

“It’s your bible, they care about the product, and they have a great group – fantastic people,” he says.

To schedule a free trial of NinjaOne, please contact . 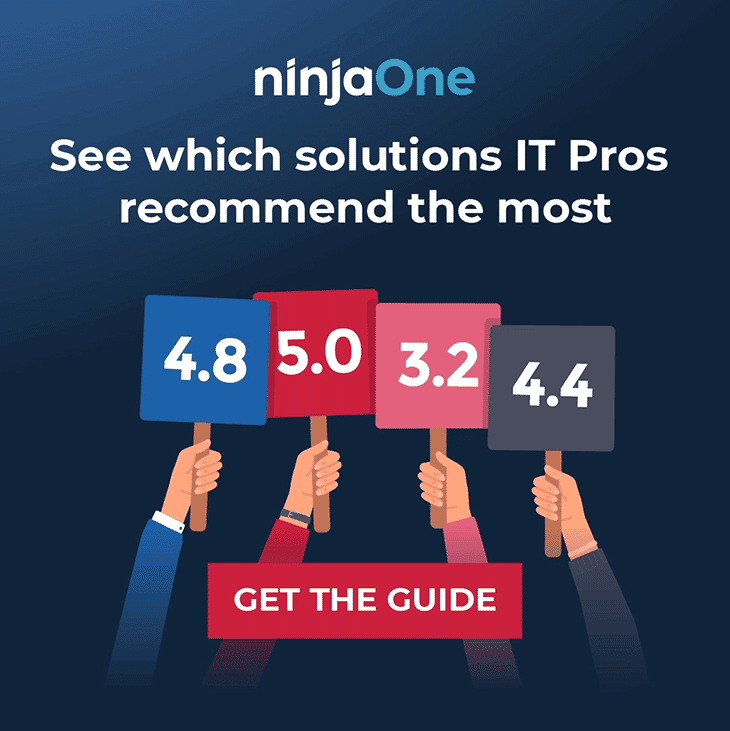 At NinjaOne, We Protect Customer Privacy. It’s Just Good Business. Savvy MSPs Target "Involuntary IT Managers" - Employees Who Get Stuck With Extra...
Scroll to top
We use cookies to personalise content and ads, to provide social media features and to analyse our traffic. We also share information about your use of our site with our social media, advertising and analytics partners.
Cookie SettingsAccept Cookies
Manage consent